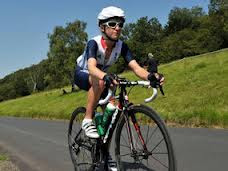 Although I know very little about cycling, I would like to express my admiration for Emma Pooley, a key member of the British team in the last two Olympic Games.
Emma was born in October 1982, brought up in Norwich and educated at Trinity Hall college, Cambridge, where she graduated in Engineering. She was originally a cross-country runner, and gained a “Blue” for triathlon; only taking up cycling seriously after a foot injury forced her to train on an exercise bike. She hardly has the physique of a top cyclist, being very small (5 feet 1 inch high, and weighing less than 8 stone), which means that she sometimes has difficulty generating the sheer power needed on the flat, but has the compensation of making her one of the very best hill-climbers in the world.

Emma currently lives in Zurich, where she is studying for a Ph.D. in geotechnical engineering at ETH university. Her supervisor (Sarah Springman, herself a noted triathlete) is, she says, is “very understanding”, allowing her to spend the winter training in Australia.
She joined a professional team in 2005 and first represented Britain at the 2007 World Championships. In the 2008 Olympics her role in the road race was tactical, setting it up for Nicole Cooke to win the event, but Emma then came into her own in the Time Trial, where she took second place and a silver medal. There was a reprise of this in London this year, where she again helped to protect the sprinters (we all remember Emma leading the peloton over Box Hill) and thus set up Lizzie Armistead’s second place. But Emma was unable to match her Beijing success in the Time Trial: the terrain was too flat to play to her strengths, and she finished sixth.
At the World Championships in Holland in September, Emma was extremely disappointed with her performance (4th in the time trial, 15th in the road race, and leading her sponsorship team to 3rd place in the team event), though in fact this was far better than was managed by any other senior British cyclist, male or female. She said she felt she had “disimproved” over the past year, and began to talk about taking a year off from the sport, or even retiring completely, to concentrate on her academic studies; which, she tells us, concern mining waste and related matters.

She is very forthright at interviews. Her disappointment at not winning comes through strongly, though she has never ever voiced a word of criticism at a team-mate, or even complained about the conditions; instead she invariably places the blame on herself, for not doing better. On the other hand, she does not hide her anger at the lack of official encouragement for women’s cycling, and with good cause: her many successes outside the Olympics have generally been ignored by the media, all the teams she had joined have quickly folded, and the financial rewards for the women are pitifully small compared with those available for the men (though cycling, sadly, is by no means unique in this discrimination: see also women’s cricket, football, etc).

Emma is clearly a serious-minded and highly intelligent lady. As well as her academic achievements she speaks several languages, and has made a video for Amnesty International, appealing for help for Fatima Hussein Badi, held without trial in the Yemen accused of murdering her husband, and threatened with rape if she does not confess. We could do with more people like Emma in professional sport! If she does retire, her motives will be understandable, but she will be greatly missed.

Here are a few pictures of Emma. 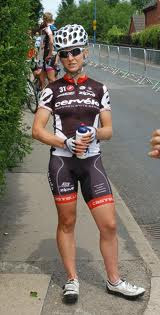 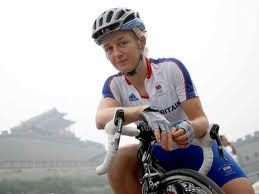 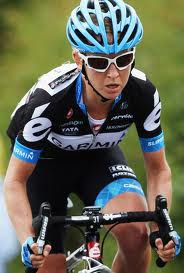 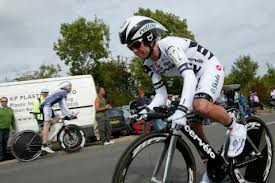 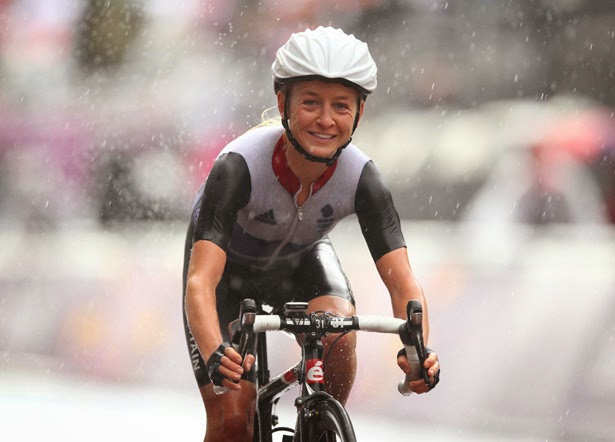 Postscript: Happily, Emma decided not to retire quite yet! She won two silver medals at the Commonwealth Games this summer, and also completed her Ph.D. Only now has she decided to give up competitive cycling. Instead, she intends to concentrate on Triathlon!

January 2015: Emma was on the winning team of "Celebrity University Challenge" for BBC television, representing her old college of Trinity Hall, Cambridge!

This is Emma today: still cycling up mountains and loving it! 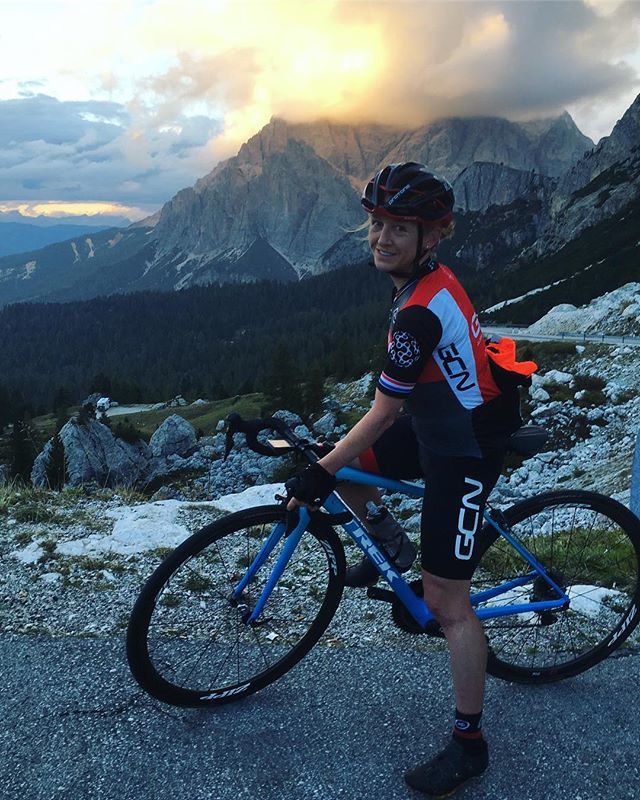 This is a tribute to my father, who lived for almost half a century at Penrith in the Lake District, a few miles from Ullswater. 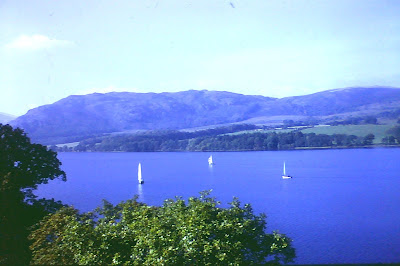 He took a great many photographs of the lake, of which this is a very small selection 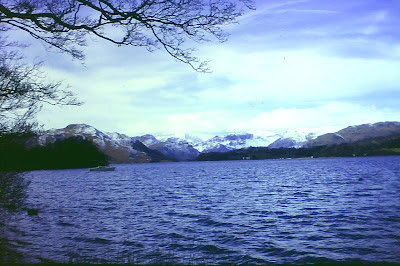 As you can see, he was particularly interested in trying to capture the effects of light on and around the lake at different times of the year. 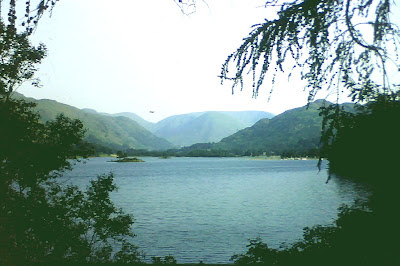 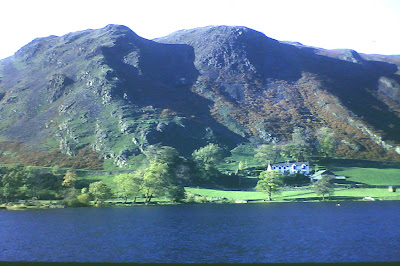 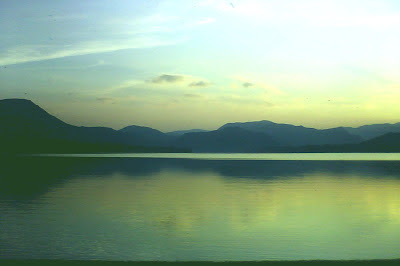 Yekaterina Alexeyevna Furtseva was Soviet Minister of Culture in the days of Nikita Khrushchev, and, incidentally, the only woman in the history of the U.S.S.R. ever to reach the dizzy heights of the Politburo. When this appalling woman visited London, Harold Macmillan decided that Edward Heath was the most appropriate minister to arrange an itinerary for her. But all did not go according to plan. When Heath incautiously asked a question about Stravinsky's ballets there was a prolonged debate in the Soviet camp as to whether Stravinsky would ever become ideologically acceptable enough for performance in Moscow. Worse, he proposed a visit to Henry Moore's studio. This brought some urgent questions. Was Moore a "modern" sculptor? Yes. Did that mean his sculptures had holes in them? Again, yes.
"In that case", Heath was informed, "It would be quite improper for a Soviet Minister of Culture to visit Henry Moore's studio! I think it would be better if we cancelled all the arrangements for the rest of the week!"

This raises the question: why are dictatorial regimes always so afraid of the arts?

The great comic writer P. G. Wodehouse was living in Le Touquet when he was captured in the German offensive in 1940. His significance was realised by Doctor Goebbels's propaganda department and, very foolishly, he agreed to make some radio broadcasts for the Nazis. Although the actual content of these was perfectly innocuous, there was a massive popular outcry in Britain, some institutions banned his books, and there were demands that he should be prosecuted as a traitor. In the summer of 1945 George Orwell felt obliged to write an essay, “In Defence of P. G. Wodehouse”, arguing that Wodehouse was no more than a complete innocent in political understanding. Some people, said Orwell, had detected “Fascist tendencies” in Wodehouse’s stories; whereas in fact there were no post-1914 tendencies at all! Eventually the fuss died down, but Wodehouse moved to the United States and took up American citizenship. Near the end of his life he was given a knighthood, showing that all was now forgiven.

However, I do not think Orwell was right. In “The Code of the Woosters”, which is surely the best of the “Jeeves and Wooster” novels (and which, for some reason, Orwell fails to mention at all in his essay), Wodehouse does introduce an actual Fascist character, by name of Roderick Spode. It is instructive to see how he is treated.
Bertie Wooster describes his first impression on seeing Spode:-
“It was as if nature had intended to make a gorilla, and had changed its mind at the last moment …… I don’t know if you have ever seen those pictures in the papers of Dictators with tilted chins and blazing eyes, inflaming the populace with fiery words on the occasion of the opening of a new skittle alley, but that was what he reminded me of”.
The exquisite bathos of “skittle alley” sets the tone for how Wodehouse will proceed to demolish Spode throughout the book.

Spode does have ambitions of becoming a dictator. As Bertie’s friend Gussie explains:-
“Roderick Spode is the founder and head of the Saviours of Britain, a Fascist organisation better known as the Black Shorts. His general idea is to make himself a Dictator.”
Bertie interposes: “By the way, when you say “shorts”, you mean “shirts”, surely?”
“No. By the time Spode formed his association, there were no shirts left. He and his adherents wear black shorts”.
“Footer bags, you mean?”
“Yes.”
“How perfectly foul.”

Once again, the perfect note of bathos in “footer bags” ("Footer" being the Etonian slang for football). And there is more to come. Spode bullies and intimidates Bertie and Gussie, and at one point is about to beat Bertie up, but Bertie is able to turn the tables and blackmail Spode into submission. Jeeves had discovered Spode’s guilty secret: that he has another career as a talented and successful designer of ladies’ knickers!
“Good Lord, Jeeves! No wonder he didn’t want a thing like that to come out.”
“No, sir. It would unquestionably jeopardise his authority over his followers.”
“You can’t be a successful Dictator and design women’s underclothing. One thing or the other. Not both.”
“Precisely, sir.”

With this weapon to hand, Bertie is able to tell Spode in no uncertain terms what he thinks of him:-
“It is about time that some public-spirited person came along and told you where you got off. The trouble with you, Spode, is that because you have succeeded in inducing a handful of half-wits to disfigure the London scene by going about in black shorts, you think you’re someone. You hear them shouting “Heil Spode!” and you imagine it is the Voice of the People. That is where you make your bloomer. What the Voice of the People is saying is: “Look at that frightful ass Spode swanking about in footer bags! Did you ever in your puff see such a perfect perisher?””

How could anyone who read these words ever imagine that their author was pro-Fascist? There could hardly be a more ruthless, and perceptive, hatchet-job. One can only wish that all would-be dictators could be addressed in this manner!

I was told this story by an American couple I met in Prague. It's an anecdote I would very much like to believe; and I can only hope they weren't talking about themselves.
An American lady in London asked, "At road crossings, when the little green man comes up, why is there a bleep-bleep-bleep noise?"
"That's to help blind people", she was told.
"Ah!" she replied, "But in America, we don't let blind people drive!"
Posted by Peter G. Shilston at 05:53 No comments: