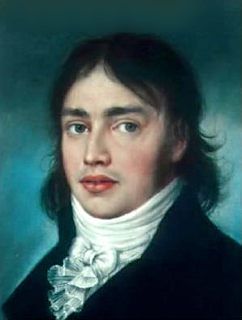 Samuel Taylor Coleridge (1772-1834) wrote the long poem, “Christabel”, in two stages, but never finished it. The setting is unspecified mediaeval. The heroine, after whom the poem is named, is the daughter of a widowed baron, Sir Leoline. She encounters a mysterious girl stranger, Geraldine, who, it is hinted, may be a witch or a demon, and who proceeds to win Sir Leoline’s heart. Christabel feels deserted and threatened. Nothing much actually happens, and we have no knowledge as to how the poem might have been completed, but the atmosphere is increasingly sinister and charged with sexual imagery.

The first part was written in 1797, when Coleridge was living in Nether Stowey in north-west Somerset, and he and Wordsworth, who was living nearby, were working on their groundbreaking anthology of poetry, “Lyrical Ballads”. Coleridge wrote two others of his greatest poems, “The Ancient Mariner” and “Kubla Khan” at this time. It was also at then that he began to take opium.
The second part of “Christabel” was not written until 1800, and the location was now definitely placed in the Lake District. Wordsworth and his sister Dorothy were then living in Dove Cottage by Rydal Water, and Coleridge, with his wife and son, was lodging at Greta Hall, near Keswick. Coleridge continued to take opium, but was also an energetic, not to say reckless, fell-walker.

Neither “Christabel” nor “Kubla Khan” was published until 1916.

I do not propose to contribute to the debate on what the poem is “all about”. What has always interested me, as someone brought up in the Lake District, are the opening stanzas of Part II. They have very little to do with the rest of the poem, apart from helping set the atmosphere. Here we have Coleridge, probably suffering the after-effects of being stoned out of his mind on opium, up on the fells somewhere above Ambleside on a Sunday morning, listening to the church bells:-

And hence the custom and law began
That still at dawn the sacristan,
Who duly pulls the heavy bell,
Five and forty beads must tell
Between each stroke: a warning knell
Which not a soul can choose but hear
From Bratha Head to Windermere.

Saith Bracy the bard, so let it knell!
And let the drowsy sacristan
Still count as slowly as he can!
There is no lack of such, I ween,
As well fill up the space between.
In Langdale Pike, and Witch’s Lair,
And Dungeon-Ghyll so foully rent,
With ropes of rock and bells of air
Three sinful sextons’ ghosts are pent
Who all give back, one after t’other,
The death-note to their living brother;
And oft too, by their knell offended,
Just as their one! two! three! is ended,
The devil mocks the doleful tale
With a merry peal from Borrowdale”


I don’t know where “witch’s lair” might be, but the rest of it sounds geographically correct.

I think these are the most sinister lines of great poetry in the English language. The only cheerful note is attributed to the devil!