The centre of Shrewsbury contains more black-and-white buildings from the sixteenth and early seventeenth century than any comparable town in England. This is a selection of them

This is Rowley's Mansion, now surrounded by car parks on Barker Street 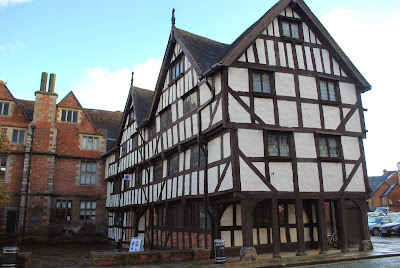 This building, on the corner of Butcher Row, is misleadingly known as the Abbot's House. 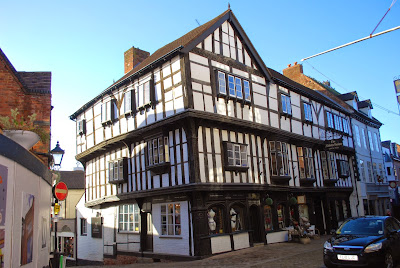 At the northern end of the High Street we find Owen's Mansion, dating from 1592, above the shop fronts 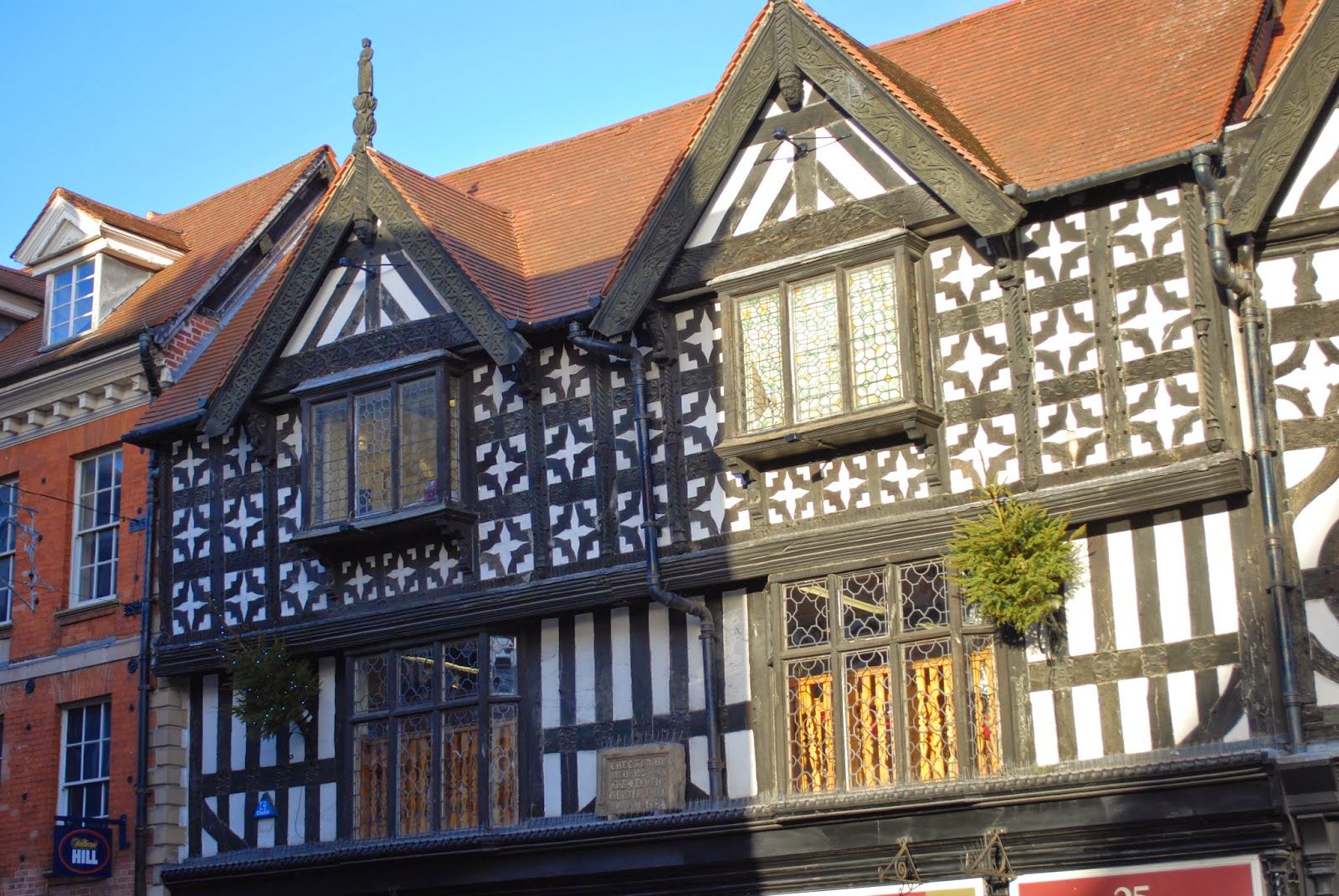 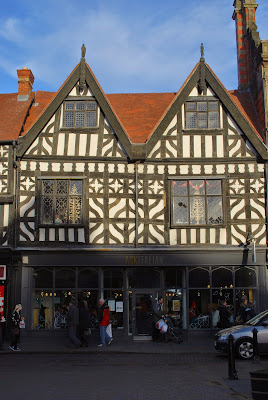 Opposite this we find Ireland's Mansion, about 1575, which Pevsner considered the finest Tudor building in the town:- 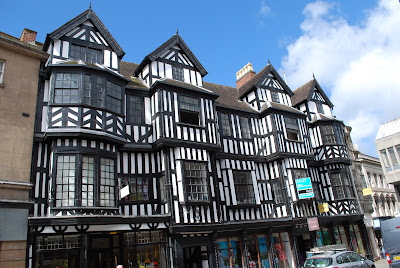 A few yards along the same street we have the entrance to the oddly-named Grope Lane (perhaps indicating a place of ill repute: a haunt of prostitutes) 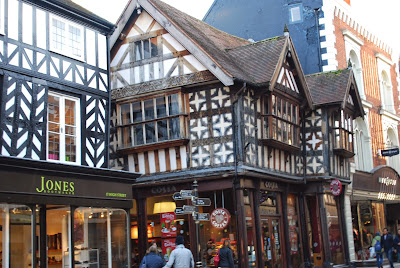 At the top of Grope Lane is Bear Steps 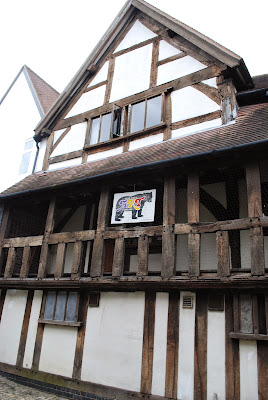 Castle Gates House, on Castle Street, was originally on the Dogpole (another odd Shrewsbury street name!), but was re-erected here by the Earl of Bradford in 1702. 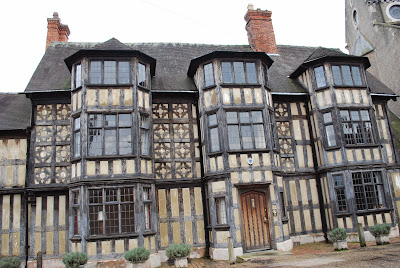 This is possibly the oldest of all: the King's Head pub on the Mardol. The king depicted is Henry VII: not a common choice for pubs. 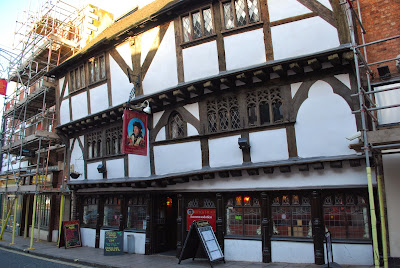 There are many other examples in the town, which I shall include on a later entry.