The labours of Hercules in Shropshire


Men came and erected a statue of Hercules, which you can still see in the Quarry today. This angered the river-god, and he was angrier still when he realized that, thanks to the labours of Hercules, he now faced a very long and weary route to the sea. His anger continues to this day; and every few years he sends down a flood, which often fills the Quarry garden and surrounds the statue of Hercules, but he has never yet managed to topple it. And if you go to the Quarry, you can still see Hercules, naked, with his lion-skin and mighty club and his gigantic muscles – but if you look closely you will notice that, thanks to the river-god’s curse, the only clothing he is obliged to wear is an improbably tiny fig-leaf. 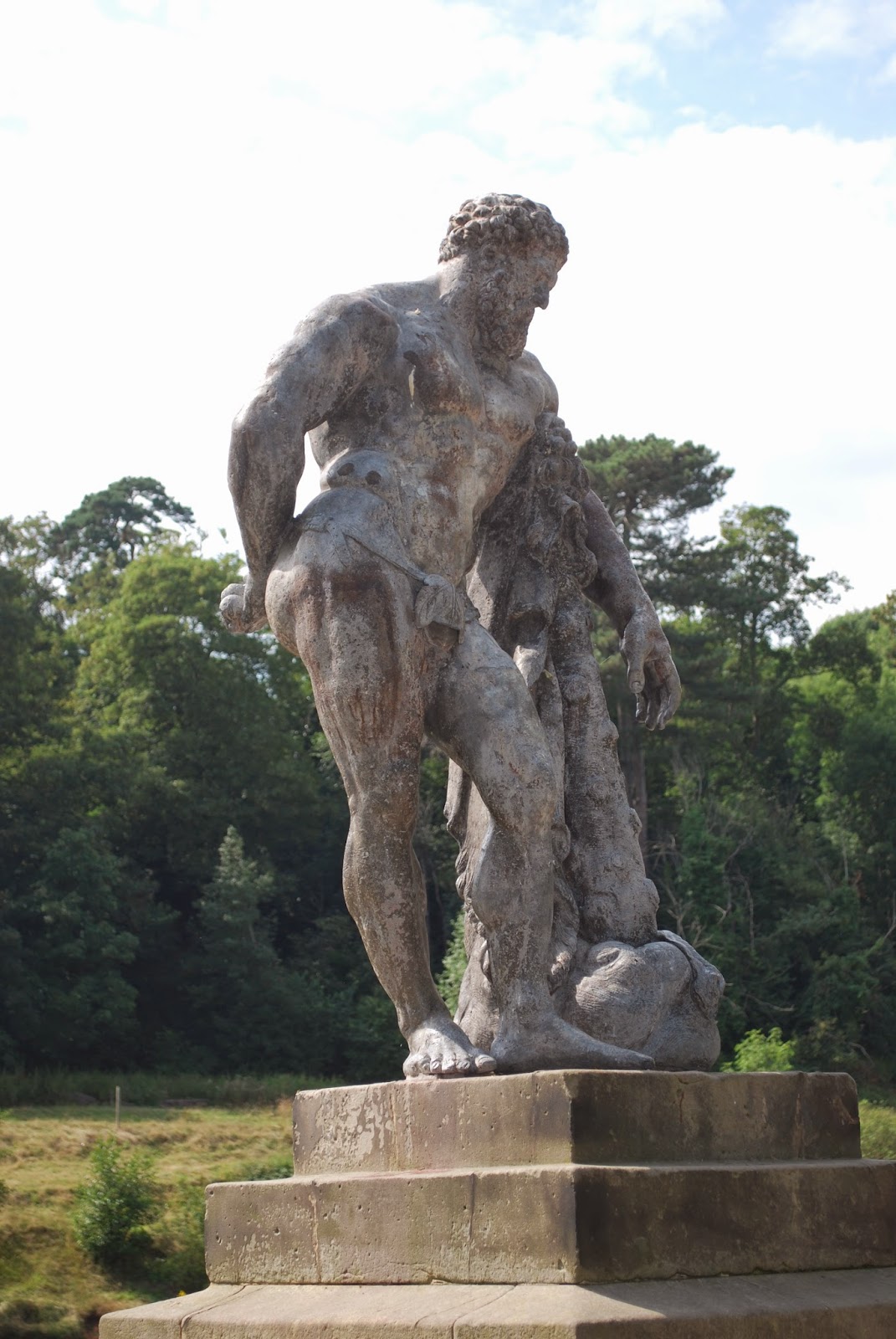