The Gunpowder Plot in Staffordshire

Many people know that most of the Gunpowder Plotters were killed or captured at Holbeach House, near Dudley, in south Staffordshire. But what were they doing there? This essay attempts to answer that question. 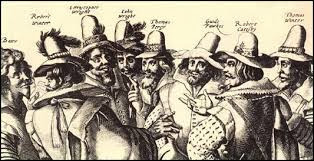 This famous engraving shows eight of the plotters: Robert Catesby, who was the leader and inspiration of the enterprise, Thomas Percy, Guido Fawkes (who at this stage of his life did not answer to the name "Guy"), the two sets of brothers, John and Christopher Wright and Robert and Thomas Winter (more properly, "Wintour"), and Bates. Four other major plotters are missing from the picture: Robert Keyes, Ambrose Rookwood, Francis Tresham and Sir Everard Digby.
What had these men got in common? They were all Catholics, driven, as they saw it, to desperate measures because King James I, who had seemingly promised to relax the penal laws against Catholics, had now reverted to strict enforcement. (At that time, ruinous fines were imposed on anyone refusing to attend Church of England services, and any Catholic priests who were caught were liable to be tortured for information and then executed). Of the twelve men, Guido Fawkes, a Yorkshireman, had been a mercenary soldier in the Spanish service, Thomas Percy was a relative and dependent of a great nobleman, the Earl of Northumberland, and Thomas Bates was Percy's servant, which is why he was only given a surname in the picture, and was depicted without a hat. The other nine were all landowning gentry, mostly with property in the Midlands, related to each other by a complex network of marriages between the old Catholic families. They were mostly in their mid-thirties, though Digby was ten years younger than the others.

Everyone knows the story of how the plot to blow up Parliament was betrayed to Lord Monteagle, a Catholic nobleman (probably by Tresham), how Monteagle then passed the message on to the King and his chief minister, Robert Cecil (who must surely already have known that something was going on), and how Fawkes was discovered with the stock of gunpowder around midnight on November 4th /5th, 1605. But the blowing-up of Parliament was only to be part of the plot. Some of the plotters were waiting at Dunchurch, near Rugby. It was hoped that the explosion would kill not only King James but also his heir, Henry, Prince of Wales, and perhaps even his four-year-old younger son, Charles (later King Charles I). This would leave as heir to the throne James's daughter, Princess Elizabeth: just nine years old, but already with her own miniature court at Coombe Abbey, nine miles away from Dunchurch. With James and his sons dead, the plotters intended to kidnap Elizabeth, proclaim her as Queen and bring her up a Catholic. They hoped to spark off a mass rising of English Catholics, and maybe also foreign intervention by Spanish troops. All this was, to say the least, highly optimistic. Any priests who got to hear of the plot were horrified and urged its abandonment, the Pope favoured conciliation with England, and King James and Philip III of Spain were beginning to negotiate the peace treaty which they both wanted.

When the plotters learned of the arrest of Guido Fawkes they would have been well-advised to abandon all their plans and take cover, but many of them still hoped that part of the plot would succeed. They accordingly fled back to their power-base in the Midlands and seized war-horses from Warwick castle, and also a supply of gunpowder, in the hope of starting an armed rising. Not surprisingly, only a handful joined them, including John Grant, Henry Morgan and a Staffordshire landowner, Stephen Littleton. On November 8th most of the group were trapped at Holbeach House, Stephen Littleton's home, by 200 men under Sir Richard Walsh, the sheriff of Worcester. In the fighting Catesby, Percy and the Wright brothers were killed and Thomas Winter, Rookwood, Grant and Morgan were wounded. The others were captured individually over the next few weeks. Meanwhile Guido Fawkes, after savage torture, had revealed most of the details of the plot. Francis Tresham died in the Tower of London of a urinary infection two days before Christmas.

After a treason trial at which they were not permitted any defence lawyers, the surviving plotters were sentenced to the full penalty for traitors, which was execution by hanging, drawing and quartering. Accordingly on January 30th 1606, Digby, Grant, Bates and Robert Winter were dragged by sledge to St Paul's churchyard and, one by one, partially strangled on a rope, then, whilst still alive, castrated, disembowelled and chopped into pieces. The next day Fawkes, Thomas Winter, Keyes and Rookwood suffered the same fate at Old Palace Yard next to the Houses of Parliament (not, of course, the present building!) There were other executions in different parts of the country: Stephen Littleton and Henry Morgan being executed in Stafford.

Holbeach House still stands: it is now a care home. 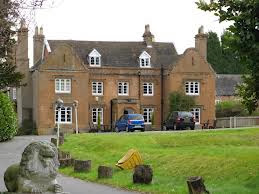 There is a final ironic twist to the story. Little Princess Elizabeth, who was intended to be the plotters' puppet ruler, of course never did become Queen. When she grew up she married a German Protestant prince: Frederick, Elector Palatine. In 1714 her grandson became King of England as George I, thus ensuring a Protestant succession to the throne. All later British monarchs are descended from her.